I’m back in Montreal after a whirlwind trip to Toronto for the Generation Beauty event that took place over the weekend (May 14th and 15th). I’ve only had enough time to photograph all of the loot from the event. I have not tested anything out yet.

The show took place at the Metro Toronto Convention Center. I took the train from Montreal the day before, and stayed with a friend. 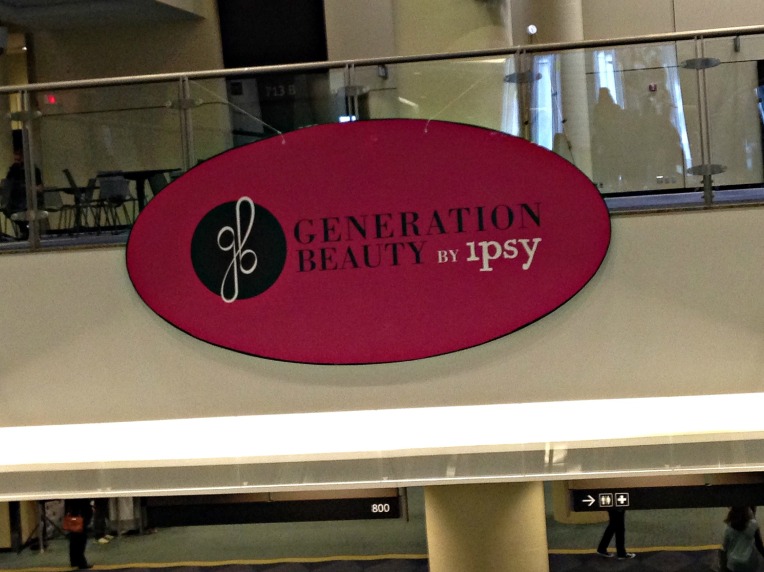 After checking in, I was given my access pass which had a “passport” with little tickets on it. Basically, you get one ticket for each of the booths, which gives you a free product (some companies were giving out sample sizes, and some were giving out full sized products). 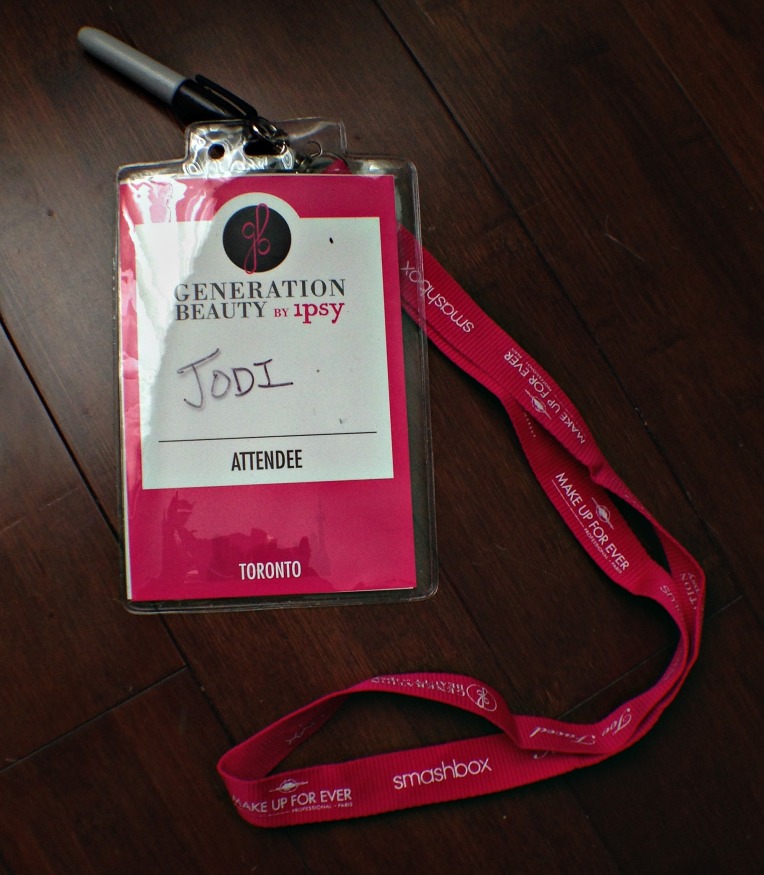 I had arrived at the MTCC shortly after 11 am, I think that the doors opened at 10am. The lineups for the bigger brands were already super long, so I decided to see how many of the smaller brands I could visit in the meantime. I know that I was only going to be there until 2pm, as I was planning on meeting up with two of my awesome fellow bloggers Stashy from Stash Matters, and Cat from My Lip Addiction (more on this epic meetup of awesomeness and shopping in Wednesday’s post).

The lineups for Too Faced, Tarte, Makeup Forever, Smashbox and Nyx were insane on the first day. So I decided to leave them for day 2.

Here’s all the loot from day 1: 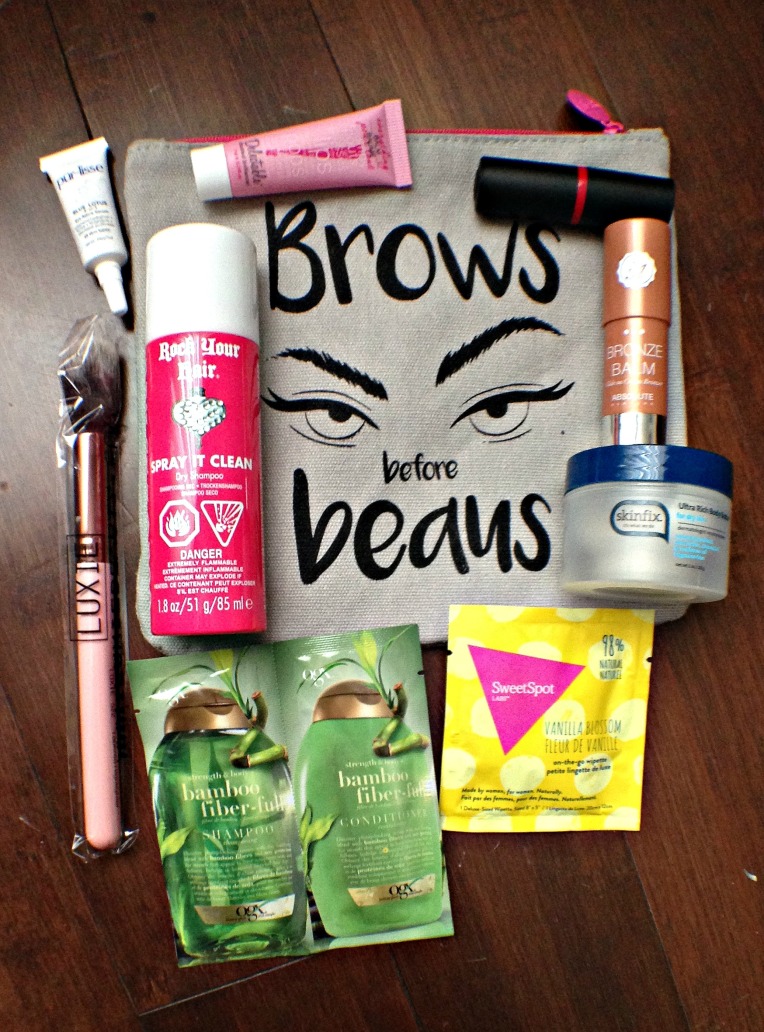 As well, there was a gift bag filled with more swag: 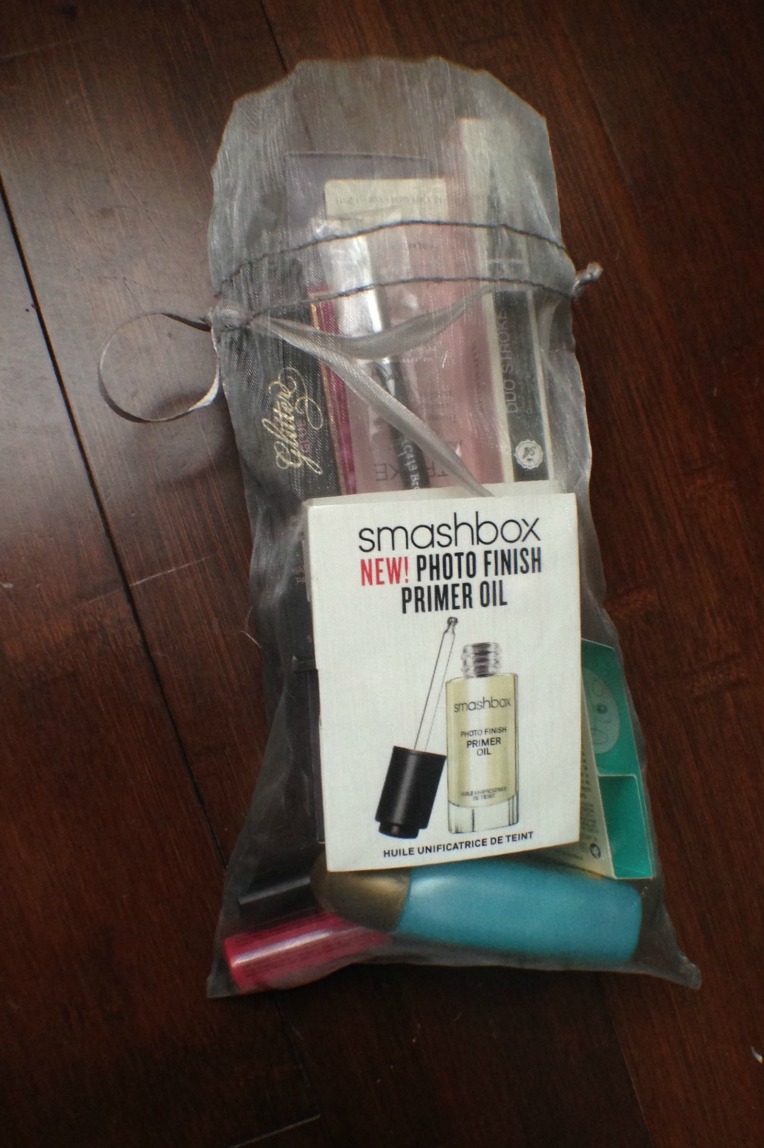 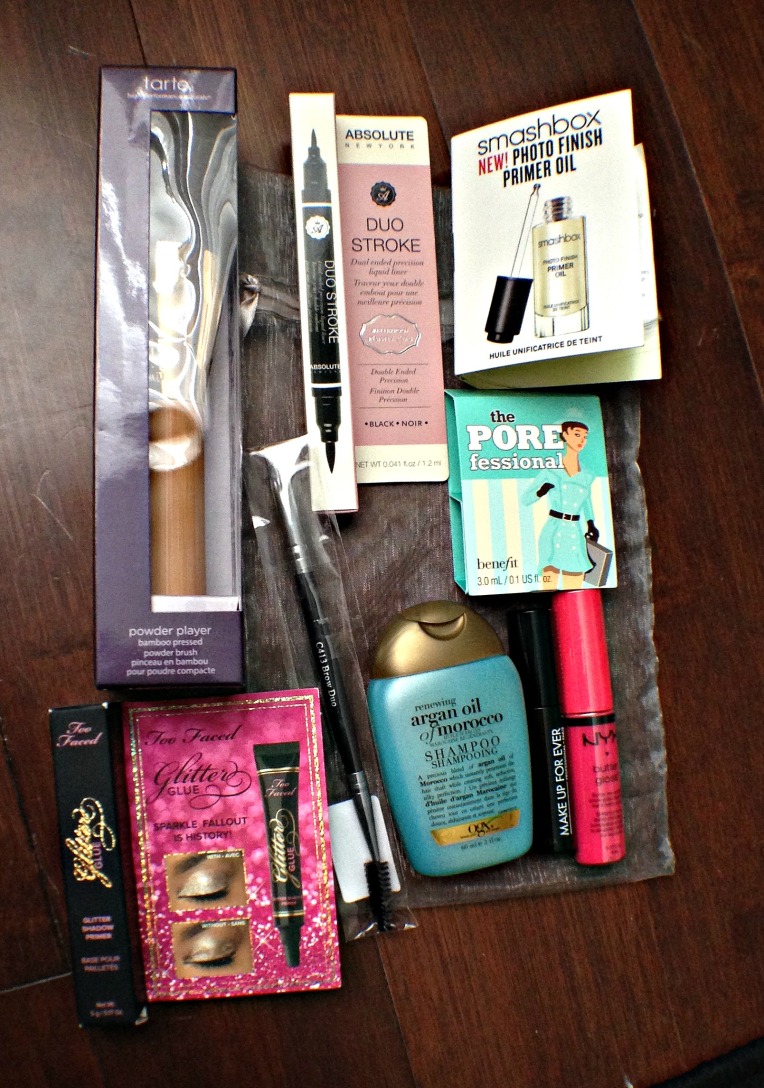 I don’t know if you can see it due to the reflection, but that is a large powder brush from Tarte!

Because of the insanity of day 1, I decided to be there for when the doors opened at 11am, and found a giant lineup to get into the event. Supposedly people started lining up at 8am! 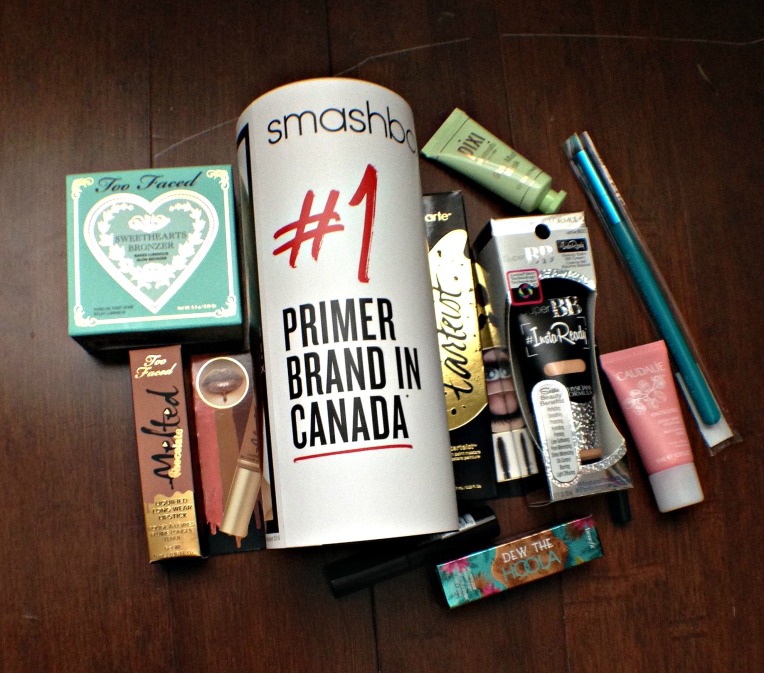 As you can see, I actually made it through the insane lineups for both Tarte and Too Faced! The wait time was more than an hour for each one!

I managed to meet up with Little Beauty Loves! We were trying to find each other and accidentally ended up side by side in the Too Faced line. It was pretty funny!

There was also a gift bag of swag for day two as well: 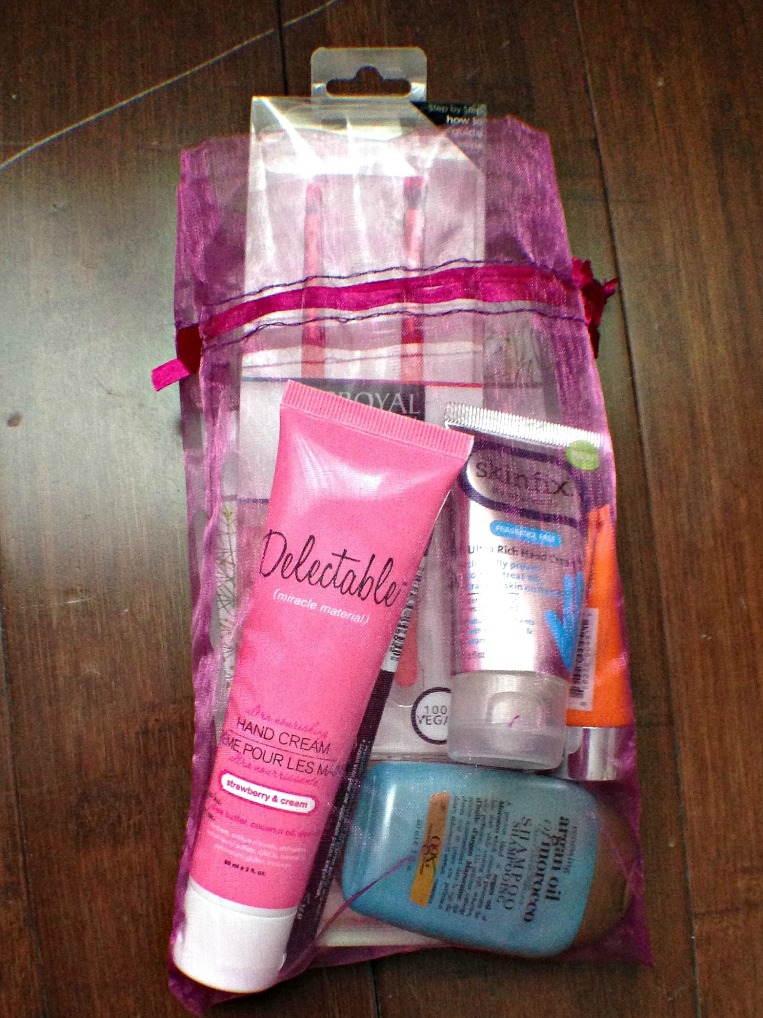 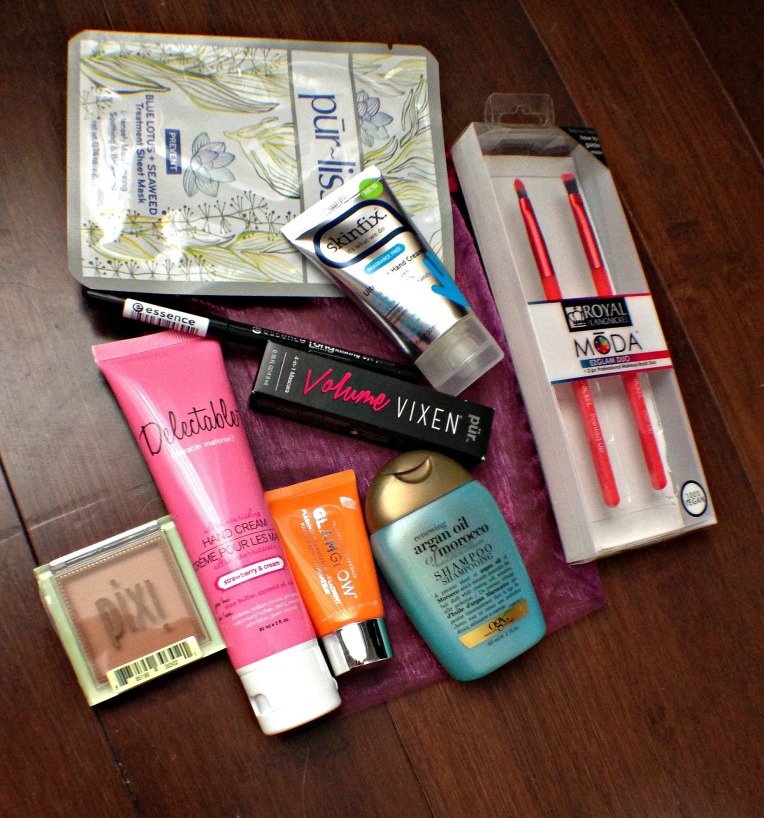 I loved that there were a surprising number of cruelty free brands taking part in the show. I loved how friendly nearly all of the attendees were. I had great conversations with several people while waiting in the various lines.

I did not enjoy the super long lineups, especially on day two as I had my backpack with me. This leads to my second complaint – there was no coat and bag check. That sucked, because my bag was HEAVY. My back and shoulders are still sore from lugging all my stuff around for hours.

All in all it was a great experience. But if I go next year, I’m wearing my running shoes, and will not be lugging around a heavy backpack. And I will remember to bring a refillable water bottle.

Here’s all the loot that I got for both days: 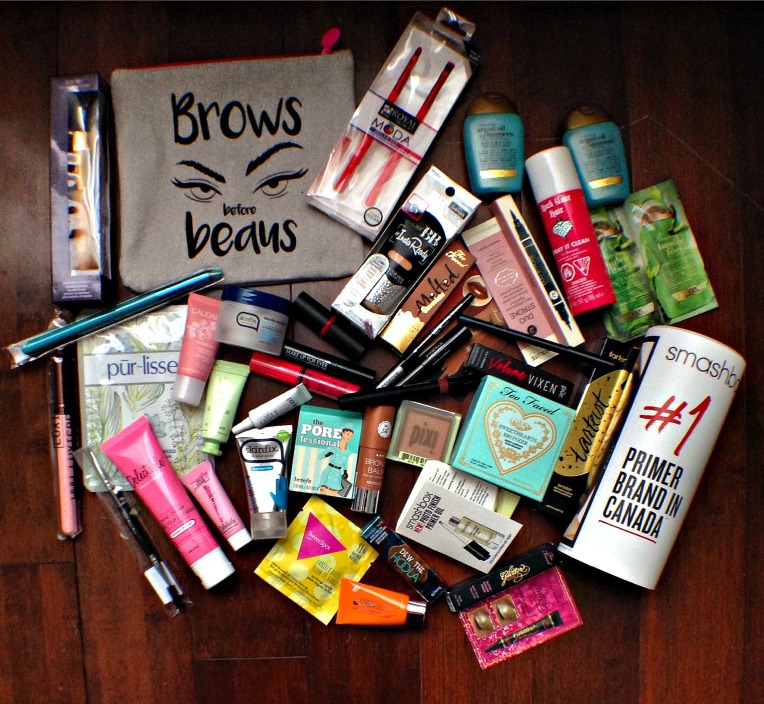 This doesn’t include anything that I purchased at the show. I’ll include that in Wednesday’s post.

I’ll start testing and swatching things over the next week or so, so I can start reviewing products. I will most likely review things in groups by category, otherwise I’ll be reviewing all of this stuff until next year, haha!

Anything that I received that I know that I will not use, I will not swatch or test. Instead I will set them aside for an upcoming giveaway that I am planning.

Thanks for reading and have a beautiful day! ❤

Disclosure: I received all of these items from the Generation Beauty by IPSY event. I paid for my ticket to the event with my own money and am under no obligation to review any of these things.

This site uses Akismet to reduce spam. Learn how your comment data is processed.