Today I have a review of the women’s and men’s deodorants from Native. Both myself and the Mister have been testing them out for the past two and a half weeks and I think we are ready to give our opinion on the Lavender and Rose and the Cedar and Sea Salt formulas. [info in italics taken from the Native website] 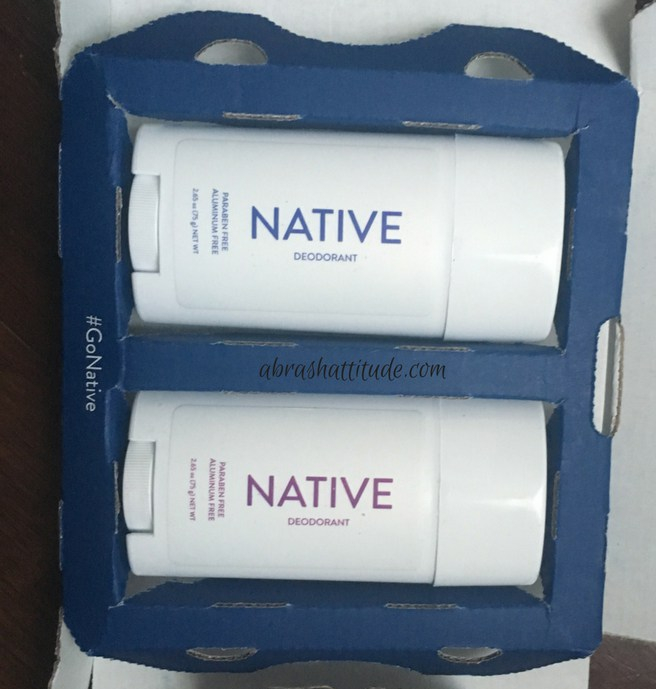 Native Deodorant is made in the United States. We never test on animals, except humans who volunteer to test Native. Native Deodorant fights odors and wetness, and is made without aluminium.

Native Deodorant is made with ingredients you can pronounce, and is made without parabens. We use baking soda to neutralize odors, arrowroot powder to absorb moisture and acidophilus to eliminate odor-causing fungi, yeast, and bacteria. Native Deodorant actively protects against odors, so you can remain active and confident all day long.

Both myself and the Mister made the switch from anti-perspirants to natural deodorants
a few years ago, and have tested out several different ones over the years, with varied results.

Originally I was going to review these deodorants after just one week of use, but then Montreal was hit with a major heatwave, so I decided to extend the wear testing to see how it measured up against extreme high heat and humidity.
Both the Lavender + Rose and the Cedar + Sea Salt Deodorants are mildly scented – perfect for individuals with sensitive noses.

Both myself and the Mister found that the Native Deodorants worked amazingly well, even under the extreme heat and humidity of the past week!
I found that my underarms seemed to be less wet, and the deodorant held up until washing it off the next day! I’ve never had a deodorant work so effectively and as long when it is this hot! And so far, it has not not irritated my sensitive underarm skin, even though I purchased the regular formulation (not the sensitive one).

I think I may have finally found THE ONE for me! The Mister feels the same way.
Native Deodorants are available in regular and a sensitive formulas – in classic and seasonal scents, as well as unscented versions, and cost $12 USD per stick, with free shipping to the US, Canada, Australia, France, Germany and the UK.
They send really cute emails when they receive your order, and when they send out the shipping confirmation email. 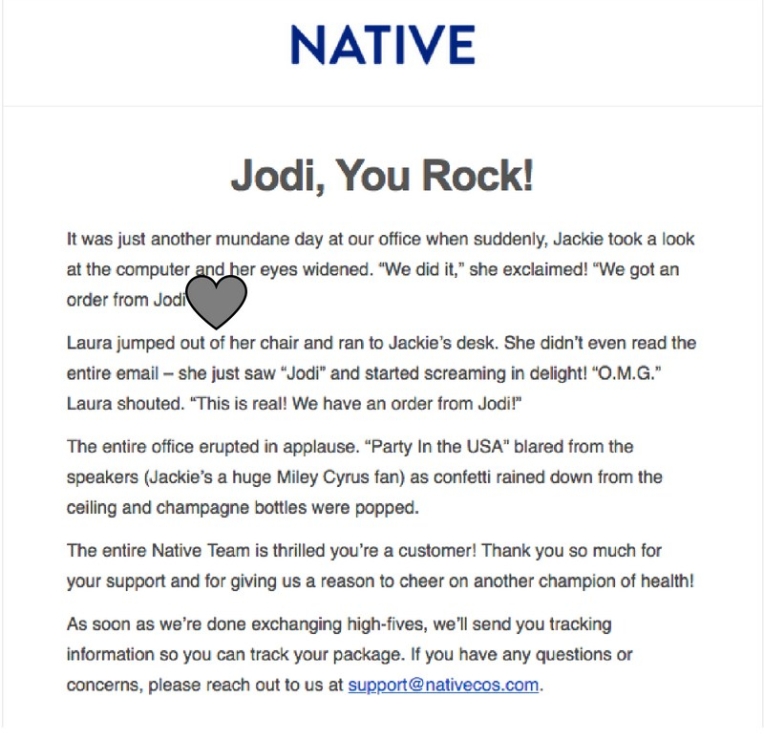 Have you tried this one?
Thanks for reading and have a beautiful day!
Disclosure: I purchased this! And I’ll do it again!

This site uses Akismet to reduce spam. Learn how your comment data is processed.